Hi, today we are going to be looking at the differences between a programming language and a scripting language.

Before we start anyways, Let us take a look at what programming languages are. Then we will move to the differences between a programming and scripting Language.

We could just take a look at what computer programming is, what do you think?

What is Computer Programming?

On Wikipedia, Computer Programming is defined as:

So In short, programming is the process of writing instructions (coding) for computers. And just like humans – were we communicate using Languages- computers are also given instruction in the language they understand which is called Programming Language.

What is Programming Language?

Still on Wikipedia, A Programming Language is:

However, if a computer – a robot for instance- is instructed to make the same cup of tea, then it’s not as simple as just making a cup of tea with a human. You have to tell it where to start, how to go about it and when to do other things in between.

You can see an example of the pseudo-code instruction on how a computer will make a cup of tea effectively here.

High-level languages- such as JavaScript, Python, PHP, e.t.c- are termed high-level because they are close to human language and are easily understood by humans. They are also easy to learn.

Uses of programming is not limited to the things in the list above, there are many more things that programming languages are used for now and also many more to come in the future.

SOME EXAMPLES OF PROGRAMMING LANGUAGES

And there is a lot more than what is listed above.

What is a Scripting Programming Language?

In short, this medium article defines scripting languages as “programming languages that control an application. Scripts can execute independent of any other application. They are mostly embedded in the application that they control and are used to automate frequently executed tasks like communicating with external programs. ”

There are many scripting languages. Some are listed below:

Let’s now look at the major differences between scripting and programming Languages.

There you have it, the differences between scripting languages and programming languages. 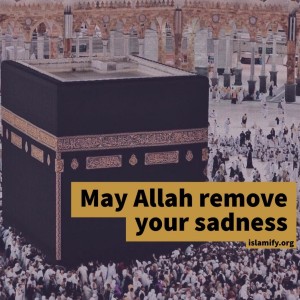 Rasheedat Usman is a web and ecommerce developer at Fovero Digital Technologies. She has great expertise in front-end web development and strives to learn and explore more, the world of technology.
PrevPreviousHow to know and Check if your website is down
NextBest Developer Tools and Resources To Make Your Work EasierNext

This site uses Akismet to reduce spam. Learn how your comment data is processed.

Related Articles To Help You

Fovero Digital Technologies is a registered digital agency primarily operating from Lagos, Nigeria. We partner with large brands, SMEs and Individuals to craft amazing digital solutions to clients within and outside of Africa. After years of experience and numerous projects, we can stay proud of our reputation for excellence, customer service and success.

Hey dear, just Before You Leave!

Get Updates To Help You Grow.

We offer more than just services but teach people what we know to help them grow FOR FREE.

We promise not to spam!